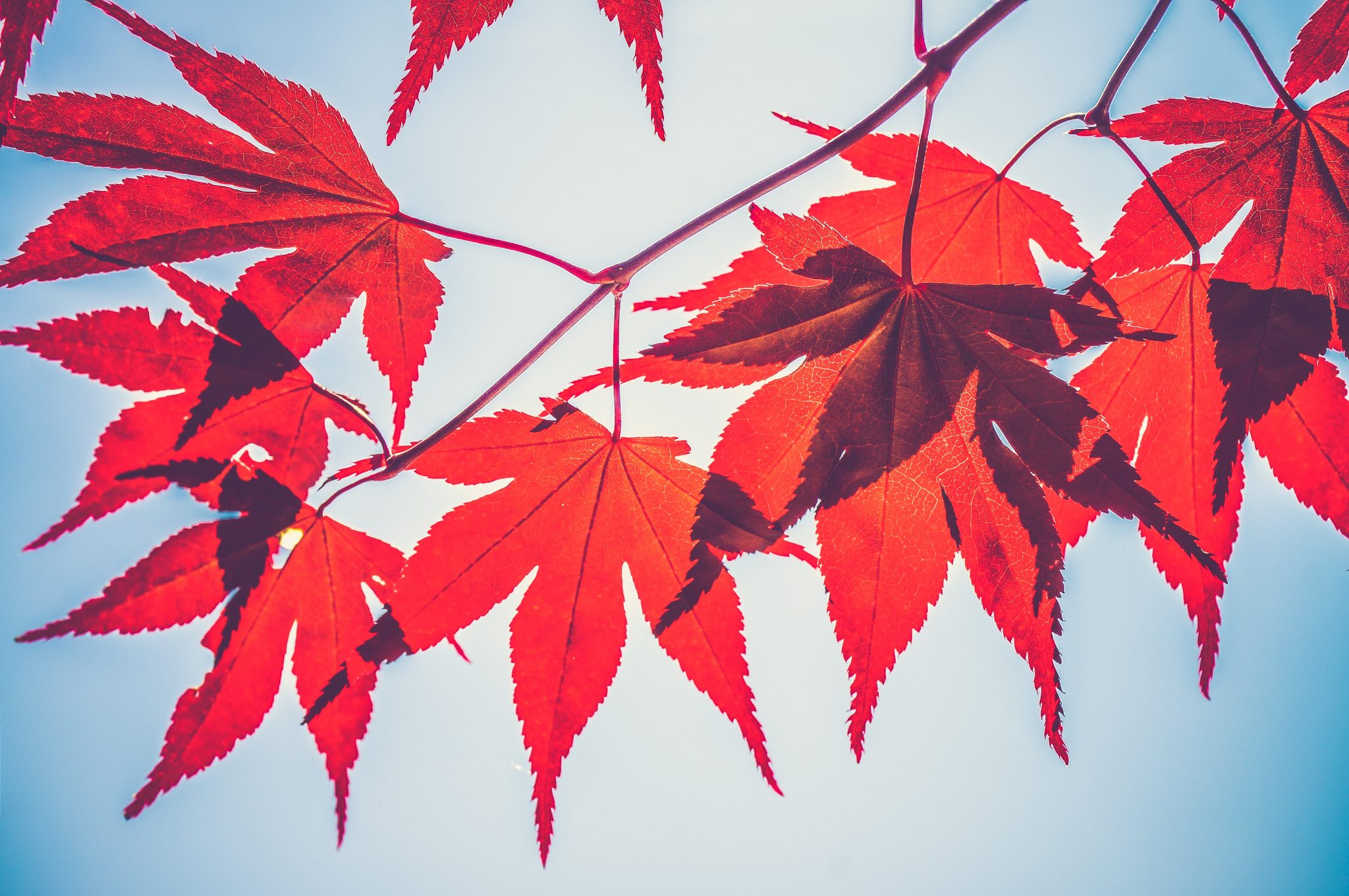 There are occasions when only a hug from your mom will do. But when you are a Stuck Parent, getting a hug from mom when you need one most, isn’t an option.

My name is Kim. I’m Canadian and have been living in the UK for 20 years now. I married an Englishman in 1999. We have 2 beautiful children. But life simply did not turn out the way I thought it would.

This is my story.

In February 1998 at the age of 27, full of ambition and hope, I travelled from my home in Canada to England, to live with the man I loved. It was decided that I was more adaptable, so I would be the one to relocate. I had packed all my favourite possessions into an old battered trunk, the things I couldn’t leave behind, kissed my family goodbye and set off for a new life. Tears were shed and there were lingering hugs at the airport, but my heart was filled with hopes and dreams for the future. Life was amazing. I was a lucky girl because he chose me.

His family welcomed me with open arms and open hearts. Their love and laughter helped me to forget about all the nerves and uncertainty I felt around leaving home. I had a new life and a new family – and my past, in a trunk. Moving across the world, swept off my feet by a whirlwind romance. He loved me like I’d never known possible. His smile and scent made my heart flutter. This was a modern-day fairy tale. And I was the princess. He certainly made me feel like one. We married in July of 1999. The first few years of marriage were wonderful, full of love and laughter.

The cracks began to show

Life unfolded, as it always does. My son was born in 2002, then my daughter in 2006. Life had slowly started to change. I just hadn’t noticed. The foundations picked at, crumbling. I didn’t see it. I was too busy being the glue that held our little family together. I had found hidden little vodka bottles here and there. I gently placed them in the open, so he knew that I knew. That was how we dealt with the problem.

In 2009, life started to fall apart, crashing down – rapidly.  My love, my husband, was a chronic alcoholic. I just didn’t know it. Neither did he.

The rapid descent into chaos started with a phone call from a hospital in London. He didn’t come home that night. He was missing. He turned up at A&E but no-one knew how he got there. The nurse continued to explain that he had left without being discharged. No one knew where he was. And I was panicking.  That’s when life started to spiral out of control. I thought he’d stop drinking if he loved me. That’s how naive I was to think I could influence or even control his drinking – mostly hiding the problems from the world, especially the children. My own battle of denial began. All alone in my own head.

My husband had rehab session after rehab session. Our finances were in distress.  I stayed because I loved him. I helped him. I cared for and protected the children. I continued to work as best I could, switching to freelance work for more flexibility to care for everyone.

He tried so hard. He struggled. He agonised. I tried, but all of our efforts failed. With the crisis team in my house, I quietly sat around the table with my mother in law. A decision was made. She needed to do everything she could to keep him safe. I needed to do everything I could to keep my kids safe. And the required courses of action did not agree with one another. Somewhere deep down I found the courage to leave. It wasn’t healthy to live with an active alcoholic. The kids shouldn’t grow up in that environment. I left the family home and moved into rental accommodation in the same town. That was in 2010.  I had lost my English family. Too many details and emotions to share on this, but I can say this – that’s when I started to feel alone. All alone in a battle that I feared I didn’t have the strength to fight. How I wanted my family near!

He was able to help financially for 18 months, then his contributions stopped. He was no longer able to work.  I managed to pay the bills, to supporting me and the kids. I poured everything I had in me, to ensure my kids had stability, a calm happy home. I received help from the schools to make sure my kids were ok. And not just ok, but thriving despite all of life’s challenges. I’m sure that the love they felt from their dad helped with this. It was always that dilemma, of not knowing what would be harder for them, the constant disappointment of their dad cancelling, seeing him occasionally,  or living away from him, only seeing him once or twice a year. As a parent how do you know what it best? This question never left my mind.

Life continued to get more difficult, especially as the divorce proceedings came to completion in November 2011. Leading up to now, requests from my lawyer to stop harassing me with abusive text messages, phone calls and emails didn’t help. I never had the strength to file a non-molestation order. I was always worried it would impact his drinking and send him into a further downward spiral. So I blocked him from my phone.

I had called the police for help on two occasions and reported further incidents. But because I continued to speak with him, claiming harassment would fail. The more I cut him out, the more rage grew in him. He had a habit of showing up, angry. I was scared. There was a constant battle about whether he was sober and fit to care for the kids. And, fit to drive. He was a loving dad who adored his kids. The kids adored him. He’d never hurt them. Not knowingly. But there was always that danger, the danger called denial.

Denial led to three incidents of drink driving, with the kids in the car. The third happened in February 2016. He was put in an ambulance and my kids were left alone in the cinema with the staff at Odeon (who were amazing).  A phone call from my son, terror in his voice, and I raced to get to my kids. Things had to change. I couldn’t keep putting my kids at risk. Yes, it was me putting them at risk, by allowing them to get in his car. I didn’t know how to stop this from happening. He wouldn’t listen to reason – because he felt he was fine. Everyone knows you can’t reason with an alcoholic. Everyone but me. 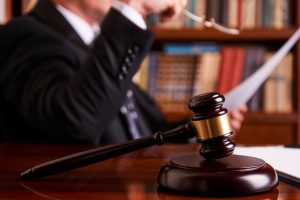 After years of battling through, I had reached a breaking point. Something had to change. In March 2016, I met with a lawyer and started proceedings to gain permission to remove the children from the country. I needed to go home. Running back home was not something I ever planned to do. I actually promised I never would. I’d never take my kids away from their dad. Going home was the last resort – a desperate last attempt to keep my kids safe.  I had no idea how this would all turn out. I had no idea how difficult this path would be.

Eleven months later, after thousands and thousands of pounds in legal fees, interviews and reports from CAFCASS, in January 2017, I lost the right to remove the kids from the UK. I was stuck.  I found myself exhausted. Depleted of all drive. Empty. Lost and lacking any sense of identity. My head was hanging low, tears welling in my eyes, a constant lump in the throat and burning in the nose. I was stripped of my voice. Stripped of my confidence. And full of heartache.

Nothing prepared me for the process, then for the devastation that I felt. But there was one silver lining. Although the judge had to support the CAFCASS recommendation, he found a way to help me. Two protective orders that would help keep my kids safe, one of which was a promise to the court that the kid’s dad would not drive with the kids in the car – ever.

Sharing stories is critical to understanding the challenges that Stuck Parents face. It is also important for their emotional well being, helping them to stay strong and care for their children, finding much-needed support when feeling isolated and alone – far from home and the loving support of family. I am no longer stuck. I can move back home to Canada. The children and I will decide if we do and when we do, for now, I remain in the UK. I hope to help other Stuck Parents by helping them to tell their stories, helping them find their voice, with the support of GlobalARRK. If you would like to share your story, please send it to stories@globalarrk.org

Your ticket for the: Far From Canada – Kim’s story